Jungle Media produced 6 exhibition videos for Oregon State Fair sponsor, GK Machine.  GK Machine has just celebrated it’s 40th anniversary, and as one of the major sponsors of the State Fair, they put on quite a show. With the help of Premier Press (Portland, OR), GK created a walk-through exhibit of its 40 year history. 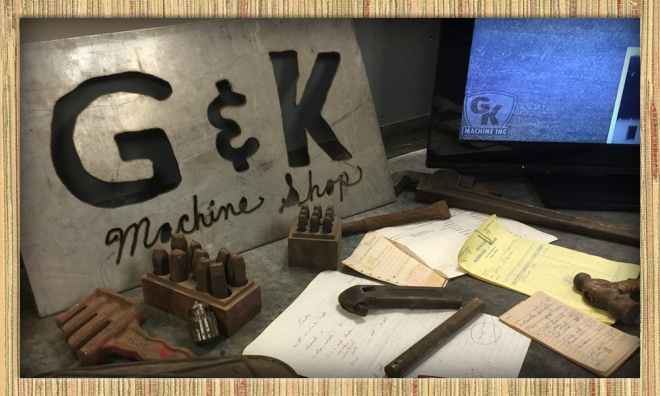 Early tools from the beginnings of GK Machine.  The “Legacy” video can be found at the following link:  The Legacy of GK Machine

Outside the pavilion, GK had a large display of its many agricultural machines and implements. In addition, they had an “excavation” playground for the kids.  GK employees welcomed visitors and the many job seekers who were there to attend the job fair.

The entrance to the “GK” Pavillion

Inside the museum, there were lots of historical photos, early pieces of equipment and products, and even co-founder Gary Grossen’s first Go Cart.

The history / legacy portion of the exhibit.

All in all, it was an event to remember.  Jungle Media is proud to have participated in the State Fair as a vendor/partner with GK Machine.  Check out the employee recruitment video at the following link: